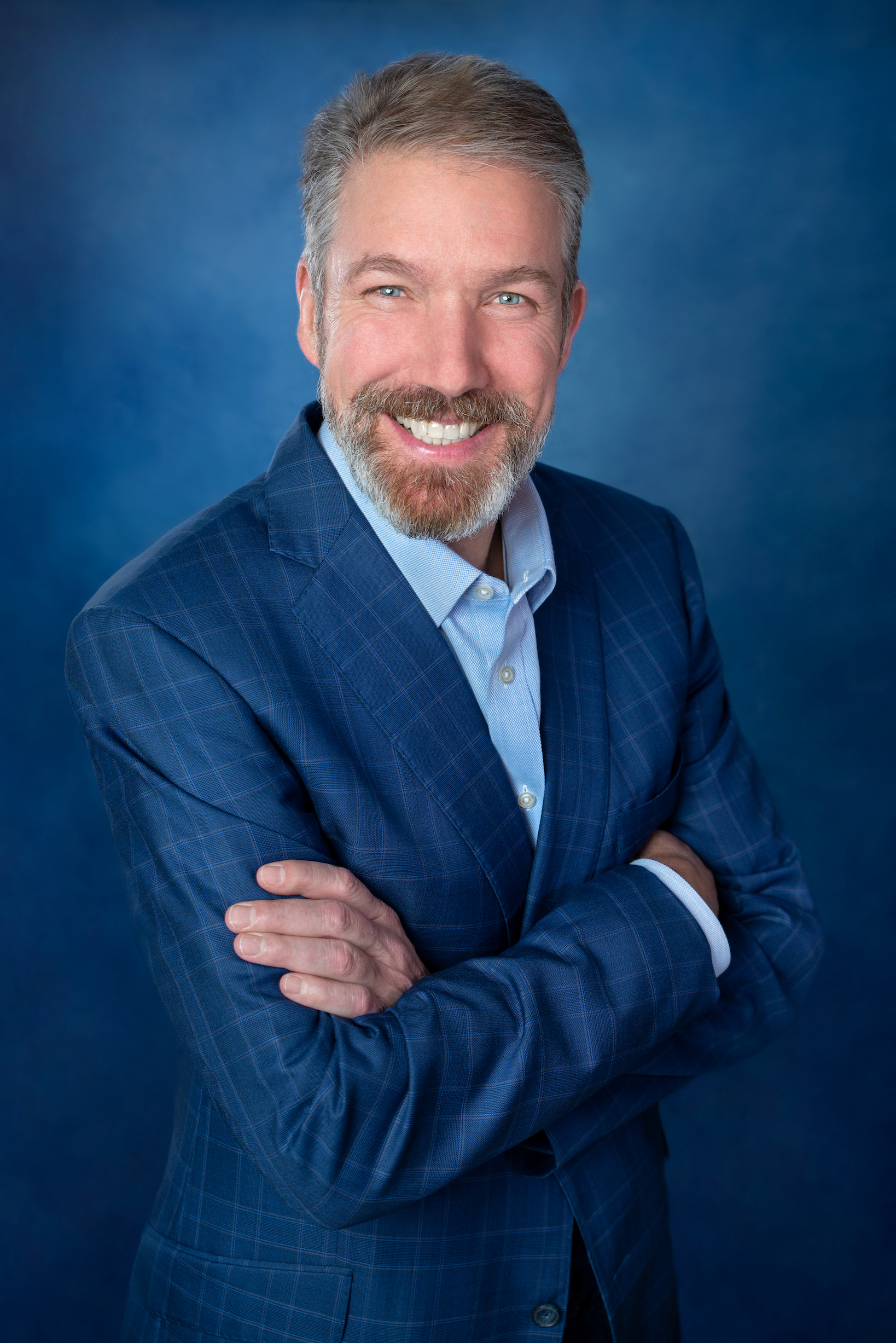 Born to a family of Entrepreneurs, his Aunt owned a Ziebart business (franchise) and his parents owned a restaurant, Jim is no stranger to what it takes to run a business. He found himself at an early age, when other kids were out playing sports, pulling up his sleeves and getting to work, helping wherever he was needed, much like how he operates today.

After seeing his father being laid off numerous times from factory jobs and start a business so that he could have more control over his life and his family's future, Jim and his two brothers started to understand the plight of the small business owner. The life of a small business owner is one that requires risk with the possibility of no reward, courage when facing the unknown, and strength to endure when faced with what some say is impossible. Yet no matter what challenges they face, they continue to persevere through the muck and mire of countless hours, limited resources, and self-doubt, all for the sake of a dream and an insatiable desire to make a difference.

After the passing of his father, he began a mission to help small business owners build better businesses so that they can have better lives for themselves, their families, and their communities in honor of his father and the life he never got to enjoy. He spent all those long hours away from the family just to be able to live a better life “someday”—a day that never came.

During this journey, thousands of small business owners have listened to Jim speak, taken one of his programs, or engaged in private consulting. With Jim's help their businesses stopped controlling them and were thriving, but the most important part-they started to enjoy life again. Jim always believed that owning a business doesn't have to be grueling and self-sacrificing. It can be fun too.

"I believe that people are dying in their business every day, just as my father had at the early age of 62. He never got to enjoy the full fruits of his labor and I see the same pattern arising in many of the business owners I consult with. The challenge is that we get so caught up in the "doing" of our business that we rarely take the time to look up and see that the "serving" side of our business has been pushed to the wayside. My goal is to cut through the chaos of owning a business and get you to become laser beam focused on the things that really matter in running a business so that you can enjoy your life, your income and your impact NOW." --Jim Roman

In 1999 he moved to Richmond, VA to change the way the world does business by growing one of the most successful and biggest business network organizations of its time. He grew it from 0-1600 members in less than 6 years. He developed 65 chapters, 20 within one year, earning him a spot in the organization's hall of fame. He then went on to build a very successful consulting practice, helping companies grow on average over 30% year after year-which is unheard of in the industry.

Jim Challenges You to Think Bigger!

Jim Roman is a wonderful human being and fantastic speaker and business coach. He has great spirit and energy and is a joy to be around. Jim challenges you to think bigger, not just in your business but in all areas of your life: personal, family, spiritual, financial and business. My favorite story about Jim: We were at the same networking event with about 50 people, and Jim walks up to me and says, “Give me three things you are grateful for.” Ever since then, I wake up every morning and write down three things I am grateful for.

My Business Can Thrive for the Next 100 Years!

Flourishing in business has always been one of my deepest desires, but in the past it was very challenging to understand how to grow a business. Now, because I’ve worked with Jim Roman, I can confidently say I have the right systems and processes in place to thrive in business for the next 100 years—which is what every business owner truly desires. Business is no longer a challenge in my life, and working with Jim and his team has become one of my greatest victories. Jim will make you say “bye-bye” to your 9 to 5 lifestyle for good. He will walk with you on your journey to financial freedom so you can fulfill your genuine passions for a lifetime.

I’ve Exceeded My Goals for the Entire Year!

From the day I started my business, I consistently struggled to meet my financial goals. But after only three months working with Jim Roman, I exceeded my sales goals for the entire year—before Q4 even started! If I’ve learned one thing, it’s that there is so much more to running a business than just getting the work done. Jim and his team have helped me improve all areas of my business, from bringing in new business, to hiring, training and developing my team. For the first time, I feel like all the hard work I’ve put into my business is finally coming together in the way I always dreamed it could.

Grab Onto Success in a Shorter Time Period

Working with the right coach is a vital step to fulfilling your business purpose and personal goals. Jim helped me formulate actionable goals, held me accountable, and challenged me to view things in ways I wouldn’t have seen on my own. He and his team are amazing for helping sole proprietors, coaches and small businesses grab onto success in a shorter time period than ever dreamt before! I am so thankful for the growth and success I have realized because of Jim. If you are looking for the right guidance, thoughtful insight, accountability and a plan that will work¸ you will find the right place and the right person with Jim.

The Best Decision You Could Make

If you ever get the chance to work with Jim, I will tell you it’s going to be the best decision you could have done for your business growth. He helped my development tenfold!

Jim Truly Cares About Me and My Company

Jim has the ability to bring a new and unique perspective to the majority of the challenges that I have consulted with him on. It is evident that he truly cares about me and my company based on the fact that he offers more than short-term, "quick fix" solutions. His coaching has really helped hold me more accountable to myself so far as my professional and personal goals.

An Integral Part of My Success

Jim and I have worked together to build a solid foundation for my business. His coaching has been an integral part of my success in my business as he provides an outside perspective that challenges me. I came from a corporate background and wanted to pursue my own business, but I quickly realized that, even with a graduate degree, I didn’t know what I didn’t know about running and managing a small business. Jim has helped me focus my efforts on those critical elements that have made my business successful while increasing my confidence as a business owner. Jim really knows how to drill down to the basics, in particular the foundational aspects of helping business owners break down their business into more manageable pieces, keeping them focused and on track to reaching goals. He is an excellent coach, trainer and mentor.

One of the Best Speakers and Trainers

Jim is one of the best speakers and trainers I have ever seen or heard, and I’ve had the privilege of working with some of the best in financial services over the years. Jim was instrumental in advising me to sell my interest in my former firm and start Financial Freedom Planners. He is very excited about and believes in our vision and mission. He is very smart, extremely dynamic and knows what I do for a living. In addition, he is an expert at networking, developing effective referral partners and relationships. Jim’s advice and counsel have had immeasurable value to me and my startup, especially when I lost momentum at one point.

Jim Made Me Brave Enough

I was brave enough to build my house at the lake because Jim helped me envision what my life would be like one day, and I wanted it, so I moved to that goal. At one of his Boot Camps I attended, Jim gave us pins saying, “Leading the Way”; helped me realize what a responsibility each of us have as leaders of our companies. We are providing a living for ourselves, our families and our coworkers. The Boot Camp was exactly what I needed to get me back on track, to movitate me and to get me to focus on moving the company forward. He even talked to me about how to build my business to sell it one day if I wanted—and I have sold the business!!! I have had other mentors in my life, but since my dad died I have had no other mentor like Jim. I am always grateful to him.

I Have a Life for the First Time in 18 Years!

I hired Jim Roman to be my coach for my business. I not only hired the best coach but also received a staff of coaches to help me with everything from understanding my numbers, improving my marketing and, most of all, putting together the best team to run my business. The business is doing so well, and I have a personal life for the first time in 18 years. I can’t put into words how thankful I am to Jim and his team. Without them, I would still be coming to work stressed every morning. Instead, our firm is winning, my family is saving for a trip to Germany, and I’m feeling great about the future.